St Omer is the birthplace of the RAF as we know it today and in 2004 we had the honour and privilege to be involved in producing a war memorial to commemorate all those who served on the western front in St Omer during the first world war. Many squadrons can trace their roots back to formation in St Omer during the period of World War 1. Over 50 squadrons were based in the town, a vital part of RAF history.

We worked collaboratively with local artist Tim O’Brien and members of the RAF to produce the war memorial, which has a bronze eagle on the front and bronze airman on the back. Around the site there are also various bollards with the squadron badges. 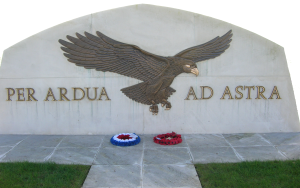 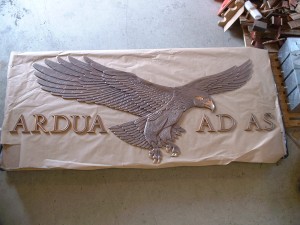